Samuel Cockburn (born Abt 1574) was the second husband of Barbara Kinnaird, daughter of Patrick (secondus) Kinnaird and Margaret Carnegie of Kinnaird (Family 01).

Samuel Cockburn (he called himself Cobron instead of Cockburn) accompanied Barbara's brother, Robert, to Sweden from Scotland. By 1610, Cockburn was in command of seven troops of foot soldiers and two troops of cavalry and fought for the reformation.

Samuel was a Scottish colonel and superior field master in the 10-year war in which he proved his ability on many occasions. He displayed his great energy on July 16, 1611, when Novgorod was successfully stormed. On the banks of the river Daugova (Zapadnaya Dvina, Finnish: Vainajoki), Cobron founded a fortress called the Cobron castle as late as the end of the 17th century. He also placed a chief of castle in charge.

As a reward for his many merits, he was introduced to the King by Jacob de la Gardie, commander-in-chief. For the duration of De la Gardie's obligations elsewhere, Cockburn was appointed chief of the military in Russia and Lithuania. According to a royal letter date Dec. 25 1612, he was given 301 farms in Ostrobothnia (the western coastal region of Finland) as a reimbursement of the 8.000 thalers that the Crown owed him. Through the order of his Royal Majesty, Cockburn received the right of infeftment (the act of symbolically taking possession of an inherited property) on several estates in the parishes of Porvoo and Pernaja (on the southern coast of Finland).

His burial on June 26, 1621 was a highly ceremonial and solemn occasion. His tomb is located in Turku Cathedral, Suomi - Finland. He had previously made a considerable donation to the Cathedral.

The tomb monument, which was donated by his brother, has an epitaph which reads, "O' Cockburn, you lived bravely, you died untamed. Mars and Minerva rest with you in the same grave. Never has Sweden and Scotland been more sorrowful - or Poland more happy."

. Above the tomb, bricked in the wall, is a black marble plate which renders the following as a remembrance of the colonel:

There was a marble stone on the tomb, depicting the colonel in full armaments and surrounded by various war ensignia. The Cockburn tomb came by inheritance to a "Particius Ogilvinks" (Patrick Ogilvie - step son), who gave it to councilor Tolpo as a payment of debt. Tolpo sold the tomb in 1731 to a professor Thorwost, who had the Cockburn tombstone bricked in on Bishop Tawast's grave. The professor and his wife rest here. 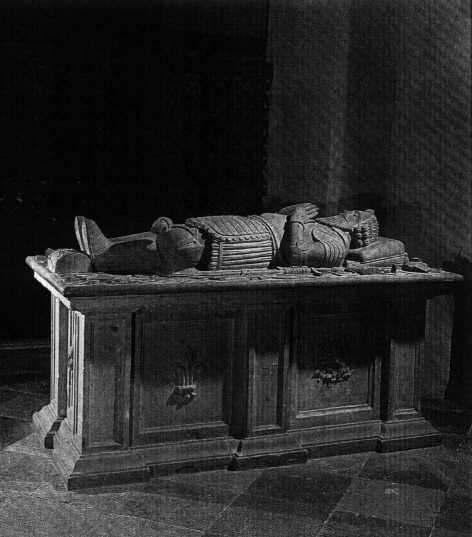